Create an Account - Increase your productivity, customize your experience, and engage in information you care about.

Research has shown that when a community is first infested with EAB, tree mortality is relatively low. However, as insect populations build, there is an exponential jump in mortality. This time frame can be anywhere from several years up to a decade. Therefore, in Wildwood, we expect to see a dramatic increase in the mortality of Ash trees over the next 3-5 years. Ultimately, the EAB will attack all Ash species, regardless of their health. It is expected that within 10 years all urban Ash trees will be dead.

Wildwood has performed a street tree inventory and it was found that about 1,400 of our street trees are Ash and thus are susceptible to EAB. Unfortunately the distribution of Ash trees is not uniform throughout the City. Some neighborhoods and streets have a much higher concentration of Ash trees.

Ash trees that are killed by EAB will quickly become brittle and fall apart, creating potential hazards to public safety. As Ash trees on public streets decline, the Department of Public Works will have the trees removed by private contractors. The removal of Ash trees will be prioritized and scheduled based on condition, size, and threat. If you notice a declining Ash tree in City right-of-way adjacent to your home, that you would like to be considered for removal, please call us at 636-458-0440.

Chemical treatments are available to temporarily fend off EAB damage to trees. These treatments, which are estimated to cost up to $200 per application for a mature tree, typically provide protection from EAB for up to two years, and must be re-applied biennially. While such treatments may be desirable for private owners of ash trees, they are not a realistic option (financially or logistically) for City maintained street trees, as there is no guarantee the treatment will be successful, and many of our ash trees are near the end of their life expectancy.

Unfortunately, the scope and impact of the EAB infestation will be significant, and the resultant loss of ash trees will have a visual impact within many of our neighborhoods and streets over the coming years.  For the latest information, please check the City of Wildwood website.  More information about the EAB can be found at the links below: 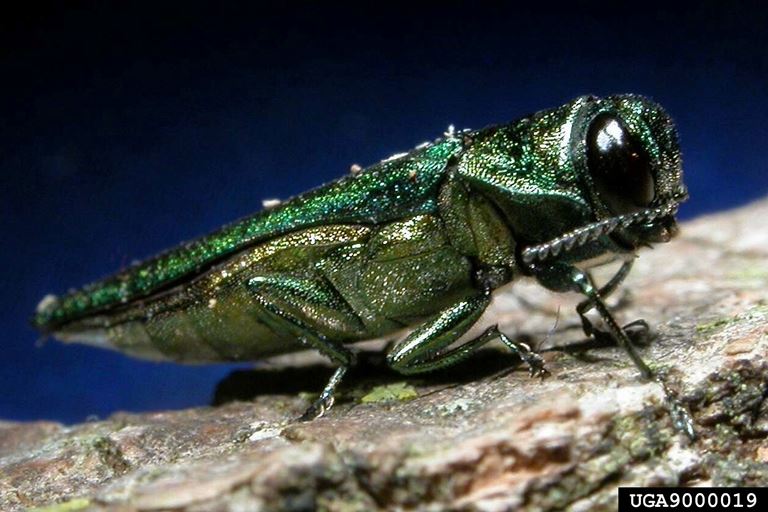